This competition is open to Australian residents only.
Terms and Conditions.

To celebrate the cinematic release of the edge of your seat thriller The Invisible Man, we’re giving you the chance to win tickets to advance screenings across Sydney, Perth, Melbourne, Adelaide and Brisbane. We have 25 double passes for each location. To be in the draw to win, simply let us know: how would you combat an invisible enemy? 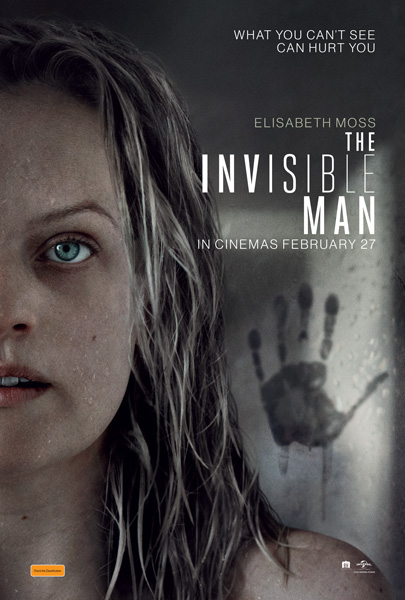 Trapped in a violent, controlling relationship with a wealthy scientist, Cecelia Kass (Elisabeth Moss) escapes in the dead of night and goes into hiding. But when Cecelia’s abusive ex (Oliver Jackson-Cohen) commits suicide and leaves her a generous portion of his vast fortune, Cecelia suspects his death was a hoax. As a series of eerie coincidences turn lethal, Cecelia’s sanity begins to unravel as she desperately tries to prove that she is being hunted by someone no one can see. Written and directed by the Saw franchise’s Leigh Whannell,  The Invisible Man, is a terrifying modern tale of obsession inspired by Universal’s classic monster character.