This giveaway will end in:

Win a Double Pass To An Advance Screening Of Dune 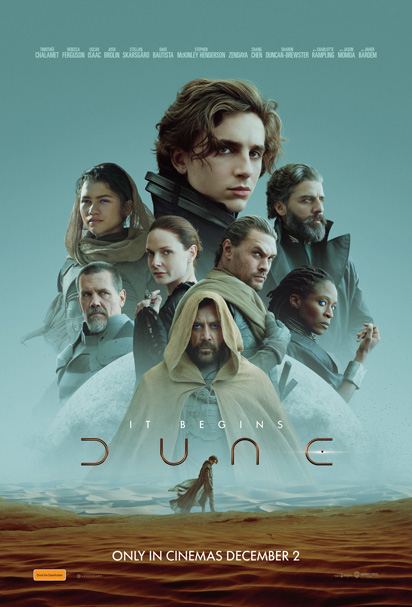 A mythic and emotionally charged hero’s journey, “Dune” tells the story of Paul Atreides, a brilliant and gifted young man born into a great destiny beyond his understanding, who must travel to the most dangerous planet in the universe to ensure the future of his family and his people. As malevolent forces explode into conflict over the planet’s exclusive supply of the most precious resource in existence—a commodity capable of unlocking humanity’s greatest potential—only those who can conquer their fear will survive.

From the visionary director responsible for other sci-fi epics such as Blade Runner 2049 and Arrival, Denis Villeneuve has implored moviegoers to watch Dune in a cinema, saying that watching it on a TV would be like “driving a speedboat in your bathtub—it’s a movie that has been made as a tribute to the big-screen experience.”

To honour Denis’ request, we have partnered with Warner Bros AU. to give 100 lucky IGN readers the chance to win a double pass to an advance screening in Sydney, Melbourne, Brisbane, Perth or Adelaide.

To be in the draw to win, simply fill in the form below: