This giveaway will expire in:

Experience the latest chapter of epic sci-fi action in Destiny 2: Beyond Light. The mysterious Pyramid ships have arrived, leaving desolation in their wake. Explore the frozen frontier of Europa, discover the dark power of Stasis, and go beyond the Light.

In anticipation of the new content’s release, we’re giving you the chance to win an incredible Destiny 2: Beyond Light & Xbox Series X prize pack! Major prize includes a Destiny 2: Beyond Light Collector’s Edition with Digital Deluxe Game Code, an Xbox Series X, a large 4K HDTV, a Turtle Beach Stealth 700 Gen 2 headset and a 12 month Xbox GamePass all valued at over $2600!

To enter, simply answer the following question in 25 words or less: 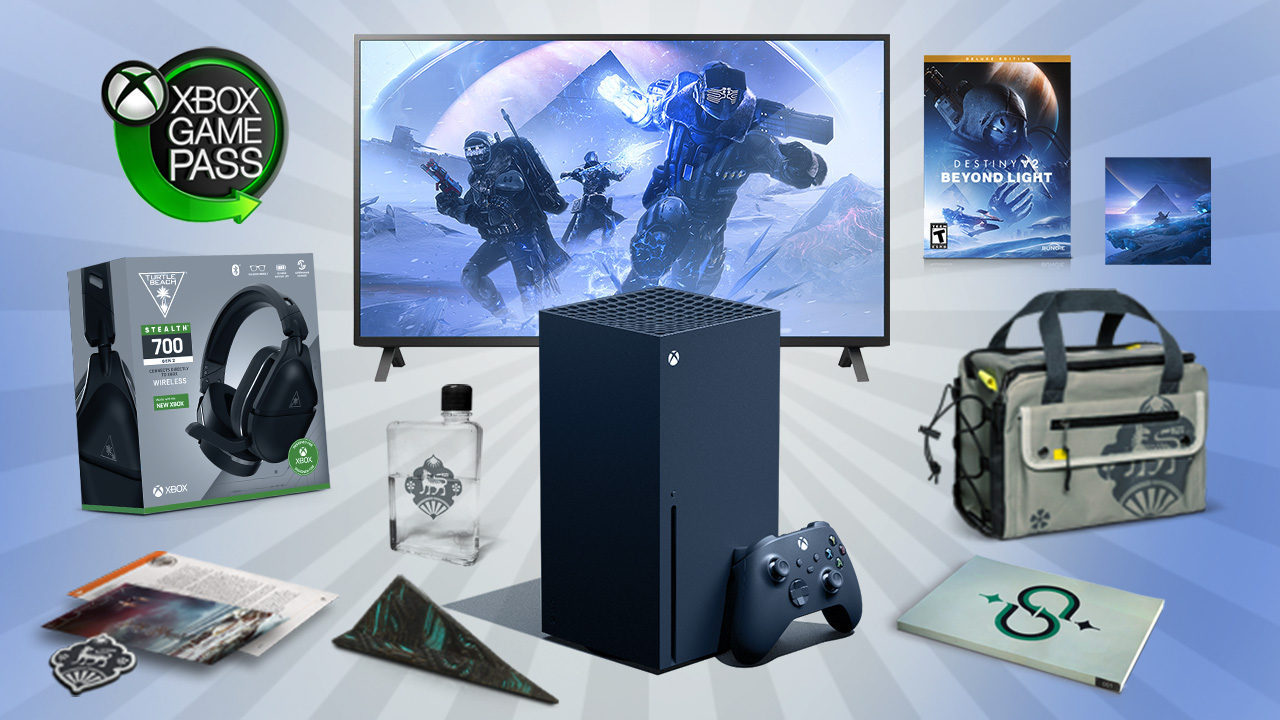